Watch Behind the Scenes, Not Just the Show on the Stage* 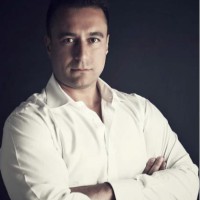 The Constitutional Court of Turkey annulled two provisions in the omnibus bill enacted on 11 September 2014, amending among others the so-called Internet Law. (Click here for the background article of Burcak Unsal published in Your Middle East)

Let me give my conclusive statement at the very beginning: these annulments are insufficient and the Internet Law is still loaded with many provisions which cannot answer the needs of contemporary Turkey and that obstruct Turkey from attaining the goals established by the government for 2023, the 100th anniversary of the Republic.

Media, academicians and the general public generally focus on the issues which have already become popular magazine topics such as YouTube and Twitter bans. However, even a school child knows how to easily avert such bans at zero cost.

The real problem and the bitter truth which is most ignored is the excess of power to undermine the judiciary and providing juridical immunity to government officials.

Although we have candidly shared our opinions on the Internet Law since the day it was enacted back in 2007, the government chose to amend it three times in the last six months totally contrary to what it should have been. Most recently it was amended by an omnibus bill, in September and it was the first piece of legislation approved by Tayyip Erdoğan in his capacity as president.

Most of the amendments introduced in the Internet Law are against the Turkish Constitution, as well as a December 2012 ruling of the European Court of Human Rights condemning Turkey due to the coarse Internet Law, which it found inadequate to be even considered law.

The Constitutional Court has annulled the following provisions in the omnibus law:

What this decision will bring is that

Sounds good! But, is it enough to bring Turkey to where it should have already been? Not even close!

Turkey and her Internet Law are still far far away from what could make Turkey achieve its ambitions in the 100th anniversary of the Republic in 2023, set by the government, because; 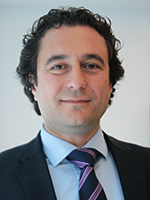